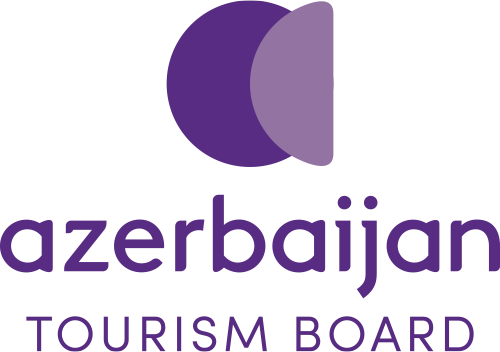 What is Intour Summit?

This two-days summit is the foremost travel event in Baku, Azerbaijan on September , focused on the top marketers, strategists, and technologists in the industry — the people creating and defining the future of travel.


Intour Summit renowned industry leaders are on stage to discuss the region, their companies, and the intersection of their ideas and the latest travel trends. Businesses come together to explore unique regional insights in travel and trailblazing enterprise, seizing the opportunity to meet the person or land the deal that will change the trajectory of their business.

The conference by the numbers

Our roster of guest keynotes, experienced practitioners and analysts are the experts in their areas of focus.

Florian Sengstschmid, holds a degree in tourism and sociology and has working in almost every field within the tourism sector over the past 18 years. He started his professional career within the private sector, initially as an incoming and incentive operator in Austria before working for an international luxury brand 5 stars-hotel as its sales and marketing director. Some years later he joined the Vienna Tourist Board and set up and led its marketing department for Central and Eastern Europe. In 1999 he joined the Austrian National Tourist Board as their regional director for Russia and CIS countries. Whilst in Moscow he also worked as a Commercial Attaché at the Austrian Embassy before returning to Vienna to run several departments of the Austrian National Tourist Board. Since 2005 he has concentrated on supporting public bodies engaged in tourism promotion and destination management. His work has included acting as the personal adviser to the President of the European Travel Commission and to the CEO at the Austrian Tourist Board. He has advised the Hungarian Tourist Board on destination management, various organisations on regional tourism development and has acted as Project Leader in EU Twinning Project to strengthen the capacity of the Ministry of Culture and Tourism in Azerbaijan. Currently he is advising on the national tourism strategy for Estonia and the United Nations – UNIDO on a poverty alleviation and community re-vitalization program in Iran and the Vietnam National Tourism Authority on product development and branding. His key asset is his wide base of experience and different perspectives on tourism development combined with his strong strategic and very operational approach. He has built up a strong international network of tourism professionals able to provide know-how transfer and benchmarking. In additional he is actively involved in on-going psychological and sociological research in various fields.

Alexeï is heading Booking.com Partner Services in Eastern Europe - from Czech Republic to Russia, including Ukraine, Baltic States and Georgia. Under his leadership, local teams have been experiencing a tremendous growth and were happy to see an increase in Partner satisfaction. Being closely in contact with headquarters in Amsterdam, a crucial part of his role is to make sure the company's big picture and strategy is known and shared within local offices. Before taking this opportunity in early 2017, he was Managing Director at Dreamlines, a leading cruise OTA based in Hamburg, Germany, and led it from start-up to market leader positions in Russia, Italy and France. Prior to these responsibilities in online travel industry, Alexeï held different Director positions in fashion retail - among others, launched the French clothing brand "Kiabi" in Russia. Alexeï graduated from Ecole Polytechnique in Paris and has been working as a Strategy Consultant in Paris until 2009.

Tom Jenkins is the CEO of the European Tourism Association (ETOA), whose purpose is to promote a fair business environment for European tourism. ETOA represents over 1,200 tour operators and suppliers from over 50 countries, who deliver more than €12 billion of business annually within Europe. Under Tom’s stewardship, ETOA’s scope of activity has broadened considerably; he has built close relationships with numerous legislators and other trade bodies at European, national and local levels. He regularly lobbies on our members’ behalf on our core legislative issues of visas, destination engagement, taxation and the Package Travel Directive. He has been responsible for championing tourist access to historic cities, for initiating a Europe-wide coach safety code and for leading a campaign that successfully blocked changes to EU VAT legislation that would have jeopardised 5,000 tourism jobs in Europe. Tom is often called upon by a variety of media including BBC TV, GMTV, CNN, CNBC & Radios 4 & 5, where he is vocal on topics such as visa facilitation, capacity management, the sharing economy and Brexit. Before taking the reins at ETOA, Tom held a number of management positions at American Express, ultimately being responsible for the company’s inbound leisure travel for scheduled tours, independent vacations and customised itineraries. There, he launched a fully integrated computerised booking system, developed the first interactive digital brochure and managed a corps of 350 tour managers operating throughout Europe. Prior to joining American Express he spent 5 years as a tour guide working for American Express and Thomas Cook. Tom graduated from Bristol University with a BA in English & History. Following this, he helped start Galleries Magazine and embarked on two years post-graduate research at London University’s Courtauld Institute. He is married with two grown-up children.

Martin Kleinmann is the newly appointed CEO of Absheron Hotel Group, the leading hotel management company in Azerbaijan. Martin has a proven executive management track record, bringing more than twenty years of international experience leading luxury hotels in Europe, the Middle East, Africa and Asia. Martin joined AHG from his previous assignment as the General Manager of JW Marriott Absheron here in Baku, Azerbaijan for the past 5 years. Prior to his arrival in Azerbaijan he was General Manager for The Ritz Carlton Hotel Company leading hotels in Bahrain, Cairo / Egypt, Istanbul / Turkey and Shenzhen / China. A hotel career of over 23 years spreading across many countries Martin had international and luxury experience with hotel brands such as InterContinental, Raffles, The Ritz Carlton and JW Marriott. Martin earned a BS degree in Hospitality Management at the Hotel Business School Bad Überkingen in Baden-Württemberg, Germany as well as numerous certifications from Cornell University. His new role as the CEO of the Absheron Hotel Group represents a perfect culmination of his experience and interest.

Born in Zagreb, Croatia in 1965, Ivica completed his academic education with a Master’s Degree at Cornell University’s School of Hotel Administration. He entered the hospitality industry by starting his own hotel consulting company in 1999, specializing in hotel property evaluations and business turnarounds in Croatia. In 2007 he joined Marriott International to turn his efforts toward developing new projects, and since the beginning of 2012 Ivica is in charge of developing new Marriott projects in the Eastern European region.

Moscow, February 20, 2018 – Amadeus, the world's leading supplier of innovative technology solutions for the global travel and airline industries, announced that Leonid Marmer has been appointed as Head of Retail for Russia and Eastern Europe. In this new post, Leonid will be responsible for driving Amadeus Travel Channels business throughout 11 countries, including Russia, Belarus, Kazakhstan, Uzbekistan, Tajikistan, Turkmenistan, Kyrgyzstan, Azerbaijan, Armenia, Georgia and Israel, and will take the formal responsibility for ACO Russia as General Director. His goals in the new post include improving the efficiency of agency distribution, collaborating with industry partners and the development of the strategic advantages of Amadeus in the region. Leonid graduated from the Faculty of Computer Science at the University of Technology in Kaunas (Lithuania), specializing in Systems Engineering. He has many years of experience in information technology, marketing, aviation and tourism. He held various leadership positions in many regions of Russia and abroad. He was the head of TAL Aviation company in Moscow for six years, representing the interests of the 11 largest international travel companies and airlines in Russia and CIS, including American Airlines, AirEuropa, Bangkok Airways, Qantas, Germania and others. In his previous role, during the last four years he was the head of “Intourist”, the oldest travel company in Russia, part of the largest international travel group Thomas Cook. His responsibilities included the inbound tourism and corporate services segments. Under his leadership, the company retained its leading positions as the largest tour operators, working with international travellers, and strengthened its brand in the domestic and international markets. Leonid is a recognized industry leader and a speaker at the largest professional conferences in Russia and abroad.

Moscow-born Vladimir has over 20 years of Development experience, and a wealth of expertise in Russian and CIS real estate markets. He has Masters Degree in Construction Management. During his time working for a large private bank Vladimir developed a network of retail branches and various mixed-use office complexes across Moscow, Russia as well as Hotels on the south of Turkey. With the Russian-British JV he developed multifunctional office and retail complexes in Moscow. In his first Development Director role, he pioneered the Russian network for the pharmaceutical retail brand, “Apteki 36,6”. Since 1999 as Development Director Russia & CIS of Accor Mr. Ilichev successfully developed several Hotel projects in Moscow, St. Petersburg, Kazan, Yekaterinburg, Omsk and other regions of Russia and Ukraine. Since 2008 Vladimir Ilichev is joined Hilton Worldwide and actively working on the development of Hilton hotels in Russia & CIS countries. Now Company open and operates 24 hotels in Russia and 34 in Russia&CIS (Azerbaijan, Kazakhstan, Armenia, Georgia, Ukraine and Belorussia). More than 25 hotel projects are in the pipeline

Intour Summit will host over 750 people from all the stakeholders such as Airlines, Tour Operators, Travel Tech, Travel Agencies, Hotels, Associations, Tourism Boards, Restaurants, Vendors, Suppliers and Government organizations. The Summit will be joined by CEOs and founders of the world’s leading travel and tourism companies, the most promising new local and international startups of travel tech, giant investors and hoteliers as well as leading journalists.

As the pioneer in holding such a global platform we aim to explore tourism, aviation and hospitality industry-specific challenges and solutions during hands-on presentations and panel discussions from the world’s leading experts.

Great days spent at the Summit doing business, always good to meet exhibitors, decision makers and secure new ideas, future corporations as well as existing relationships and last but not least tincreasing brand awareness. Source new attractions, venues, suppliers and destinations .Perfect opportunity for seeing everyone in the one place.

"The best Summit at the Eurasian crossroads comes to Baku"

"Unprecedented event where tech leaders, decision-makers and global bands come around in one place for 4 days"

Join us in magnificent Baku

Get the latest information.

Sign up for agenda updates, early-bird offers and more.

21 Life-Changing Experiences You Can Only Have In Azerbaijan